The Order of Elks is a Charitable Order and is dedicated to helping those who are less fortunate and in need.

The Order of Elks is dedicated to Service to our communities and our Country.

The Order of Elks is a Charitable Order and is dedicated to helping those who are less fortunate and in need.

The Order of Elks is dedicated to the Youth of our communities, Veterans Service, furtherance of Americanism and many other Benevolent activities.

Upon attaining Membership in our Order, you will become part of a National Organization, with a Membership of well over a million American Citizens, from every prominent city of our Country, who are respected Citizens in their communities and are proud to say that they belong to the Benevolent and Protective Order of Elks of the United States of America.

By being a Member of the Waterloo Elks Lodge, you are able to use our facilities, attend Lodge meetings, network with other Elks in the Cedar Valley, sponsor new Members, and more!

Restore the Landmark…Preserve the Legacy

To many members and non-members alike, the grand building at 407 East Park Avenue in Waterloo is a landmark. When Lincoln Park was the downtown terminus for all trolley
service in the Cedar Valley, the Elks building was the first stop for lunch and refreshments. There is hardly a family in the Cedar Valley that has not had some function held in the building, whether wedding, graduation, retirement or birthday. To many, the building has become the Lodge. The building, the Lodge, must be preserved.

As with anything older, the building suffered the onslaught of age. The five level structures, capable of accommodating over 600 people in five different rooms, needed an elevator, some rewiring, a new heating and air conditioning system, better restrooms and some serious restoration of the fine old architectural fittings. The questions were “How much would the work costs?” and “How could the improvements be paid for?”

An architectural firm was hired, a concept was formulated and costs were computed. The estimated cost for the most necessary improvements was $2,000,000. $2,000,000 was set as a target for fund raising. A charitable organization was established to which tax deductible contributions could be made.

The organization is the Waterloo 290 Charities, an organization that remains in operation today, well after building improvements have been completed, accepting donations and allocating funds to worthy recipients beyond just the building renovations.

The Landmark and its legacy have been preserved, but there is more that could be done.
Contact Us For More Information 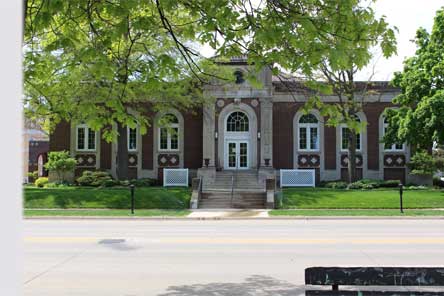